This year as I embarked on my Thirty days, I began writing the posts the night before and scheduling them to post the next day. I have continued that just because it's been convenient---so, as you are reading my "thanks for Monday", it's actually ABOUT my Sunday---you didn't really need to know that, but it made me feel better to say it! 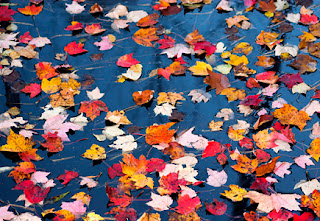 Since I have "worn the t-shirt" and told everyone about my situation, I may as well tell you about today. It's not pretty, but it's real life---and I am so grateful in the midst of it for God's gift of grace and compassion that I HAVE to tell you. SOOO, today was Sunday---I dread Sundays----seriously. Just don't like 'em. But, I have a ten year old, and he needs to go to church. Again, I KNOW I NEED to go to church, too, but frankly, I don't really want to most weeks. It's not because I don't enjoy "being with God's people"---even though I sit alone most Sundays---or because I don't hear from the Lord on these days, or that I am not lifted up by being in the presence of the Almighty with his people---it's none of those things. It's the experience I am about to tell you about that make me want to stay at home.

I have told several people over the last couple of months that I just try to hide on Sundays---they are my least favorite days. We were a high profile couple in our church----David taught a Sunday School class, was an elder, etc. Many people knew who we were. The problem with Sundays is that people really don't know about our situation---I mean it. I spoke with two STAFF WIVES in the last month who had NO IDEA what was going on. Now, please don't get me wrong---I'm not mad that they didn't know---just quite shocked. It is a beautiful thing that people aren't gossiping about my family---but I told one of these ladies recently, "It's not gossip anymore---it's the facts. And I'd love it if you'd tell everyone you know so I don't have to." This has been the hardest part of Sundays. I go to church while Joshua is in Sunday School right now, so I have to wait for him to get out of class before I can leave. A Sunday doesn't go by that someone doesn't ask me about David and how everything is going. Or I get the "You're still here? When are you moving?" I have tried to find someone who knows to talk to so I don't have to tell anyone else at church. I figure if I can just keep carrying on a conversation then perhaps no one else will come talk to me---it hasn't typically worked, but it has been easier on me this way.

Why is the telling so bad? It's not really the humiliation---even though that is part of it---it's just.....well, frankly---no one can believe it. I have had ALL SORTS OF REACTIONS---I have had someone truly freak out---and tell me it wasn't true and that I had to be joking---and almost get angry with me for saying it;  I've had someone nearly faint---really; someone went off on ALL MEN and became almost hostile to be around; some just want to hear what happened--how did it happen, did we go to counseling, how long has this been going on, tell me, tell me, tell me. It's awful--honestly. It's so bad that I end up comforting these people much of the time, which isn't a bad thing, but can be pretty awkward considering the circumstances.

But today, today was the day I was dreading---I saw "John" today (name has been changed---just in case you know him). I have been trying to avoid John---I know that's awful---but it wasn't because I didn't want to see him, but because I didn't want to TELL him. I didn't even mind him knowing, but I didn't want to do it. You see, John LOVES my husband. He just felt like he had learned SO much under his teaching and couldn't ever remember learning this much. David and I watched his precious wife of 50+ years die of cancer and went to the funeral and wept and rejoiced all at the same time. He felt a kinship with David--he had shared several meals with him and time talking about life and God's word and numerous things. Every time he saw me he'd politely ask me how I was and then the question would come, "How's David?" The last time he asked me, I should have told him, but I just couldn't do it---I didn't want to be the bearer of bad news---I wanted David to tell him---NOT ME. I didn't really care WHO told him, but just NOT ME!!

I've avoided him off and on---and felt terrible, because I love this man, too. And today, I kept hiding, moving, trying to turn just in time to not be seen....and in my desire to be invisible, I turned around and there he was---right in my face. And he said, "you turned the wrong way". It was time, I decided---"Dear Lord, please prepare his precious heart." And he politely asked about me and the kids and then the dreaded words, "How's David?" So, I said it---"David has left me, John". And the reaction that I KNEW I would get, happened---he questioned me---hoping he had misheard. But after I clarified it, he began to weep and just buried his head in my shoulder---it was awful. I stood there in the middle of the church lobby trying to comfort this hurting man. He just couldn't believe it. Really---his reaction was more of shock than anything else.....that's what most people are dealing with when they hear it. But as I held him several times over the next few minutes, I wept with him---not for me, really, but for him. Because he was hurting.  I could understand his pain---his shock, his bewilderment at this horrible news. And as I stood there---with my boy watching in the background, I remembered that there is grace given to me for THIS day---not for the entire ordeal at once, but for today. And as I pondered the whole thing this afternoon I have been taken back to a passage in 2 Corinthians 12 -


1 I must go on boasting. Though there is nothing to be gained by it, I will go on to visions and revelations of the Lord. 2 I know a man in Christ who fourteen years ago was caught up to the third heaven—whether in the body or out of the body I do not know, God knows. 3 And I know that this man was caught up into paradise—whether in the body or out of the body I do not know, God knows—4 and he heard things that cannot be told, which man may not utter. 5 On behalf of this man I will boast, but on my own behalf I will not boast, except of my weaknesses—6 though if I should wish to boast, I would not be a fool, for I would be speaking the truth; but I refrain from it, so that no one may think more of me than he sees in me or hears from me. 7 So to keep me from becoming conceited because of the surpassing greatness of the revelations, a thorn was given me in the flesh, a messenger of Satan to harass me, to keep me from becoming conceited. 8 Three times I pleaded with the Lord about this, that it should leave me. 9 But he said to me, “My grace is sufficient for you, for my power is made perfect in weakness.” Therefore I will boast all the more gladly of my weaknesses, so that the power of Christ may rest upon me. 10 For the sake of Christ, then, I am content with weaknesses, insults, hardships, persecutions, and calamities. For when I am weak, then I am strong.
Now, please, don't get me wrong---I have no idea if this situation is "a thorn"---and I've always been a bit squeamish when people try to tell me of their own 'thorn'---I'm quite sure I've never suffered like Paul--even on my very worst day. BUT, I can tell you, that as I stood there with John, feeling quite vulnerable---not only with him, but to any onlookers, I was able to let it all go to provide comfort to a brother and friend. This is just God's sweet grace in my life. This wasn't me. I wanted to run, I HAD run when I would see him coming over the last month or so. I'm a coward---but GRACE abounded in my life. I didn't DO anything...God did. I really had no choice but to talk to him---he totally surprised me as I turned around. God blessed me in several ways---first to be able to just be honest and TELL John what was up and then to honestly hurt with him as he dealt with his grief---that I was able to be honest with Joshua as we got into the car and he was curious what that was all about. That I was able to reflect on this today---a day of rest---and be grateful for the moment to "wear the t-shirt" one more time---to be transparent with someone who loves me and only wants God's best for me. This was such a gift. I am grateful today for His grace in my life---it's not the way I would have wanted to see it manifested in me, but I'll take it.

Labels: 30 days of Thanks, faith

Thanks, Kathleen. I continue to pray for you and the kids. As always, let me know what I can do for you (if anything!) We'll be near Hannah in less than four weeks. Wow! We love you and care for you. In Christ, Angela

Kathleen, It's so good to know God loves us and is always there for us. He knows our needs. He is able to help us through all things!
I am one of those who truly did not know what was going on. I admire you for being brave and strong enough to write this. God loves you,and I love you, too! I'm available to lend an ear or a shoulder. I'd offer a meal, but I'm not much of a cook. I'd have to buy something :)

Kathleen
Raleigh, NC, United States
I'm so grateful for your visit today. I hope you enjoyed stopping by! I can truly say with the Psalmist, "You are my LORD, I have no good apart from you...the LORD is my chosen portion and my cup, you hold my lot. The lines have fallen for me in pleasant places; indeed I have a beautiful inheritance....You make known to me the path of life; in your presence there is fullness of joy; at your right hand are pleasures evermore." Psalm 16